Task IV: Descriptive Writing Choose one of the following tasks (1 or 2) and write about 100 words.
1.
Describing a picture: Travelling in Asia
Imagine your friend has spent her summer holiday in Asia and is very proud of such a great photo.
Describe and interpret the picture. 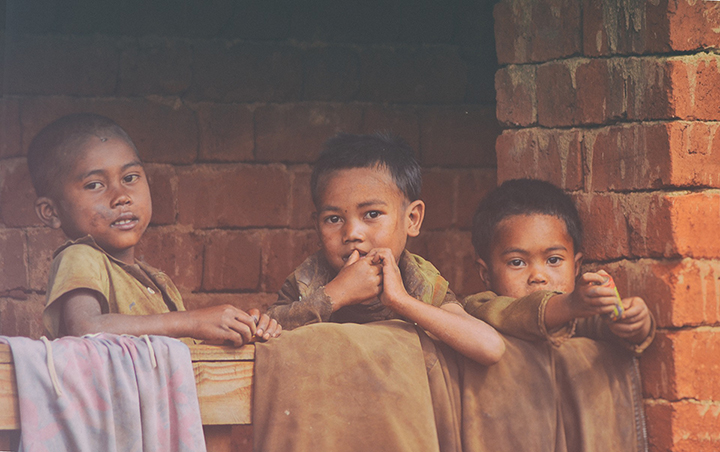 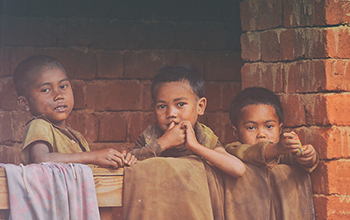 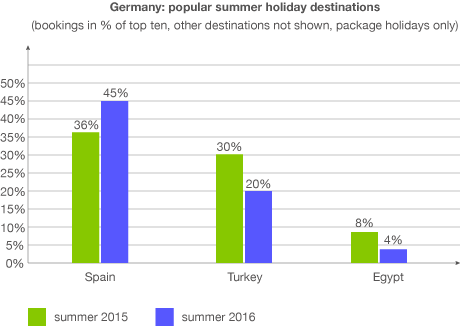 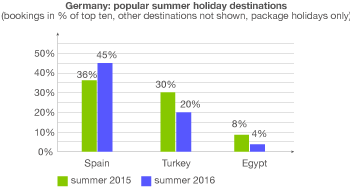 Task IV: Descriptive Writing
1.
This picture was taken in Asia and shows three Asian children in rather poor clothing and surroundings. They are looking directly into the camera with an unsure or indifferent expression on their faces. At the same time, the picture is described as a “great photo” by your friend. This description, however, is obviously not in line with the contents of the picture. Therefore, the picture criticizes the way that tourists behave in poor countries such as Asia. They are rather superficial and ignorant, reducing the poverty of local residents and the hard lives they lead to a motif for a photo.
2.
This chart shows the three most popular summer holiday destinations of German tourists in summer 2015 and summer 2016. Spain increased in popularity from 36 per cent in summer 2015 to 45 per cent in 2016 whereas Turkey's popularity dropped from 30 per cent in summer 2015 to 20 per cent in summer 2016. Egypt experienced a decrease in popularity from 8 per cent in summer 2015 to 4 per cent in summer 2016, as well. The message of the chart is that German tourists tend to choose more familiar and safer holiday destinations, trying to avoid places that suffer from terrorism or from political instability.
Weiter lernen mit SchulLV-PLUS!
Jetzt freischalten
Infos zu SchulLV-PLUS Ich habe bereits einen Zugang
Zugangscode einlösen
Login
Login
Über uns
Häufige Fragen
Presse
Infos für Eltern
PLUS
Schullizenz
Datenschutzerklärung
Nutzungsbedingungen
Kontakt
Impressum
Zugangscode einlösen
Karriere
Folge uns auf