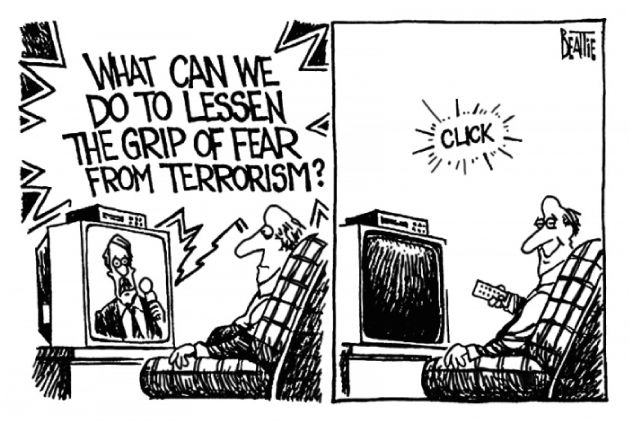 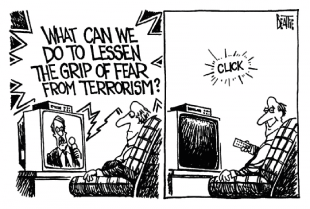 $\blacktriangleright$  1. Comment on ambiguity of Lily's attitude towards modern life Die Art in der Lily mit dem modernen Leben umgeht kann als mehrdeutig beschrieben werden. Bei dieser Aufgabe sollst du die vorangegangene Aussage kommentieren - gib deine Meinung wieder und stütze deine Argumente mit Beispielen.
Jeanette Walls' protagonist Lily Casey Smith in the novel "Half Broke Horses" (2009) has had a lot of different positions and roles throughout her lifetime. Mustang breaker, school teacher, ranch wife, mother and bootlegger are just a few to name. It is thus just natural that her opinion and attitude towards certain things are not always quite clear. How she deals with modern life can hence be considered as ambiguous. This statement will be commented on in the following.
Introduction
Lösungshinweis anzeigen

Introduction
First of all, the word "ambiguous" needs to be analyzed. Something that is ambiguous is unclear, confusing, or not certain, especially because it can be understood in more than one way. Basically, it means that something does not have one obvious meaning and it is open to more than one interpretation.
Here, it means that Lily has and shows rather mixed feelings and actions towards specific things regarding modern life. In order to analyze to what extent Lily's actions are ambiguous, the concept of modern life needs to be decoded. Modern life in respect of "Half Broke Horses" entails for example the advance in technology, the city life and women's liberation. Lily's ambiguity shows mainly in those three aspects.
Main Part
Meaning "ambiguous"

Lily mostly has a very positive attitude towards technological progress. She is amazed by amenities that we take for granted nowadays. A flushable toilet, cars, planes and even modern anaesthetics - those are things she highly values. Lily thus embraces modern technologies and they remind her of her not so modern childhood in an earthhole, something she never wants to go back to. The advance of technologies might also resemble Lily's very own personal development from being raised on a ranch to leaving her home in order to become a teacher to owning her own ranch. Therefore, Lily's opinion on modern technologies seems quite clear.
technologies
Lösungshinweis anzeigen

technologies
Yet, it is not at all clear but rather ambiguous how she perceives city life which is closely linked to modern life. This cristallizes during her time in Chicago. At first, Chicago represents a life of freedom, choices and opportunities for Lily. She is initially attracted to the city life - with its entertainment opportunities and emerging women's rights. However, her joy about that vanishes after her friend Minnie's death and after she discovers that her husband Ted Conover had been living a double life with another wife. City life for her is dangerous and leaves her disillusioned and alone. For that reason, she returns to the KC ranch, her save haven. In fact, she always returns to the countryside and even wants to own land. The short episode in Phoenix undermines that fact since she only pretends to live a happy life there - Lily does not want to bow to certain rules that apparently apply in cities, and here, she starts to think of cars and traffic as cages and feels penned in. Hence, her opinion on city life as well as on technological progress has shifted - she is longing for the simpler life that the countryside provides.
city life
Lösungshinweis anzeigen

city life
The third aspect of modern life is the liberation of women. Lily Casey Smith constantly fights for self-determination and self-realization for herself and for others, like the girls she teaches in Main Street. Due to that and due to her very distinct sense of independence, she considers the suggestion of getting married by MacIntosh after she looses her job as an imposition. Lily has always achieved her very own goals - be it going to school and becoming a teacher or going to Chicago or becoming a bush pilot. However, when her sister Helen and her baby die, Lily feels the strange need to having to reproduce. This is - in my opinion - not in line with her sense for self-determination, since Lily mentioned that she had never thought of having children before and I believe that Lily was triggered to become pregnant by Helen's death and not by her own choice. Although Lily values making her own choices above anything else, she suppresses her daughter Rosemary's desire to attain the same self-determination. Hence, Lily disagrees with her daughter's wish to become an artist and is initially not willing to pay for her art lessons. She would rather have Rosemary become a teacher like herself. When Rosemary falls in love with a Native American of her age and goes bathing in a lake with him and some others, her mother is outraged by that decision of hers and beats her. When Rosemary is older, Lily wants to find her a husband, since she thinks her daughter is unable to find a "good one", so she tries to strip Rosemary again from deciding things on her own. Thus, her attitude towards women's liberation can be regarded as highly ambivalent as well.
women's liberation
Lösungshinweis anzeigen

women's liberation
In conclusion, I think that due to the fact that Lily has had several roles in her lifetime and due to the fact that she has made various, profound experiences, she is not able to have a clear opinion on modern life. It is thus natural that her opinion towards modern life actually shifts backwards. Whereas she thought at the beginning that modern life with all its amenities was pure luxury, she later on returns to a live in nature in Horse Mesa, once again teaching children.
Conclusion
Lösungshinweis anzeigen

Conclusion
Find more information on Lily Casey smith here.
$\blacktriangleright$  2. Interpret cartoon and comment on message Bei dieser Aufgabe sollst du den Cartoon von Bruce Beattie interpretieren und kurz kommentieren.
The cartoon designed by Bruce Beattie in 2015 was published on the blog Nomadic Politics and deals with the fact that mass media are overwhelming their audience with an excess of information about terrorism. The message of the cartoon is quite clear: it aims at encouraging the readers to think about whether it is better to be overly informed about terroristic acts or whether it makes more sense to ignore those specific news.
Introduction
Lösungshinweis anzeigen

Introduction
The cartoon is split up in two different scenes that are arranged in a chronological order from left to right. On the left picture, you can see an older man at home sitting comfortably in his armchair while watching the news or a political report on TV. The news reporter on the TV has a rather aggressive facial expression and asks his audience a question that is depicted in a huge speech bubble. The speech bubble has pointy spikes and the capital letters are written in bold print and read "What can we do to lessen the grip of fear from terrorism?". The picture on the right shows the man with a remote control. He has switched off the TV which is indicated by the "click" that stands in stark contrast to the speech bubble on the left - it is far smaller and looks like its implosion. The TV is now black and the man turns his head as if facing the viewer with a smug or satisfied grin.
Description
Lösungshinweis anzeigen

Description
The cartoon addresses the impact that media in general - like social media, newspapers, magazines or TV shows - has on people's lives. The cartoonist Beattie is trying to show how the media creates fear in its audience, this is made obvious by the mere existence of the oversized speech bubble. The news reporter's question regarding measures that should be undertaken in order to lessen the fear of terrorism is answered in a very simple way. The old man, or the common viewer in a figurative sense, just shuts himself off the outside world or terrorism in this case by switching off the TV. By shutting off information about terrorism or other problems, the man actively decides to ignore the problems in order to feel less fear. Possible reasons for that might be that he is actually scared of terrorism but he might also be lacking interest for those issues. In addition, the omnipresent news coverage of certain topics can lead to overkill, resulting in a longing for silence and peace. This aspect is undermined by the "click"-sound and the blank background. Hence, the cartoon indirectly criticizes the media for reinforcing the fear of terrorism.
Interpretation
Lösungshinweis anzeigen

Interpretation
With regard to recent events like the Berlin attack or the assault on a concert in Manchester and the massive broadcasting thereof, I feel that it is quite hard not to errupt in fear of visiting crowded public areas. But then again, is it right to adjust our lives based on how we process such information? I think not. Somebody once said that ignorance was bliss - I believe that sometimes, it is more comfortable not to know certain things. You should definitely not ignore them, but in my opinion, it is just healthy to sometimes shut off media. If you compare deaths that are caused by terrorism with any other death rates, you come to understand that it is much more likely to get killed by a shark attack than by a terrorist attack. In addition, you should never forget the fact that the media or news industry is dependent on their number of readers or viewers. Hence, it is just natural that this is what they mainly broadcast - to attract the readers' or viewers' interest. Here, it is crucial to realize that those news or topics are just exploited in order to push the number of spectators. Thus, I believe it is alright to not let media influence you so much, you should not live in fear just because you are interested in what's going on around you. Information is great, but not if that information determines your lifestyle.
Comment
Conclusion
Lösungshinweis anzeigen